I am so excited to be a part of this HUGE blog tour for After the Green Withered by Kristin Ward! This blog tour was put together by TheWriteReads over on twitter, and it is honestly so impressive how they managed to pull this tour together. Links for the book as well as for the author’s social media are at the bottom of the post! 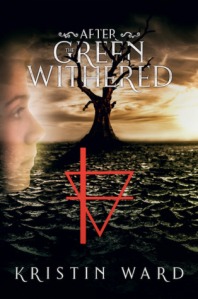 They tell me the country looked different back then.
They talk of open borders and flowing rivers.
They say the world was green.
But drought swept across the globe and the United States of the past disappeared under a burning sky.
Enora Byrnes lives in the aftermath, a barren world where water has become the global currency. In a life dominated by duty to family and community, Enora is offered a role within an entity that controls everything from water credits to borders. But it becomes clear that not all is as it seems. From the wasted confines of her small town to the bowels of a hidden city, Enora will uncover buried secrets that hide an unthinkable reality.

As truth reveals the brutal face of what she has become, she must ask herself: how far will she go to retain her humanity?

I did enjoy this book, but I’ve realized that dystopian isn’t really my cup of tea anymore, though this book isn’t to blame for that. I loved how imaginative and well thought out this world is, with most of the communities being under constant surveillance from the DMC, also known as the company. The company controls the rationing of resources such as food and water, and while they are trying to keep civilization alive, there are a lot of people that don’t like them or their methods.

It felt like a lot of what we see in this book was a commentary on our current world, from the stark differences in wealth and privilege to sentiments on the government and their influences. This was one of the most interesting parts of this book and was extremely enjoyable thinking about.

Enora was a very uncertain main character. She was constantly questioning not only her own abilities, but every decision that she made she agonized over. While that isn’t necessarily a bad thing, as most people would do that in situations like the ones Enora gets into, it was almost taken to the extreme. She wasn’t my favorite character, that distinction falls to Springer, although I wish we got to learn more about him! I never really knew if he was a “good guy” or not, but as the book went on I found myself wishing that he was the main character instead.

I did like the inclusion of genetics and how that played a part, although again, I felt like it just scratched the surface of what could be going on. As this is the first book in a series, I’m assuming that the next installment will elaborate on this point.

It was a super interesting story but at times it was a little overly descriptive. I wish that there was a little more dialogue instead of Enora’s thoughts and contemplation of right and wrong. The ending was pretty sudden and happened right as we were about to learn some important information. I wish that we could’ve heard what Springer had to say before the book ended, and for that I would be interested in picking up the second book to see what happens!

I do believe that this is the authors first published book, and the writing was really easy to get into and I look forward to reading more from her!

Thank you to both TheWriteReads and the author Kristin Ward for giving me the opportunity to participate in this tour and review this book! 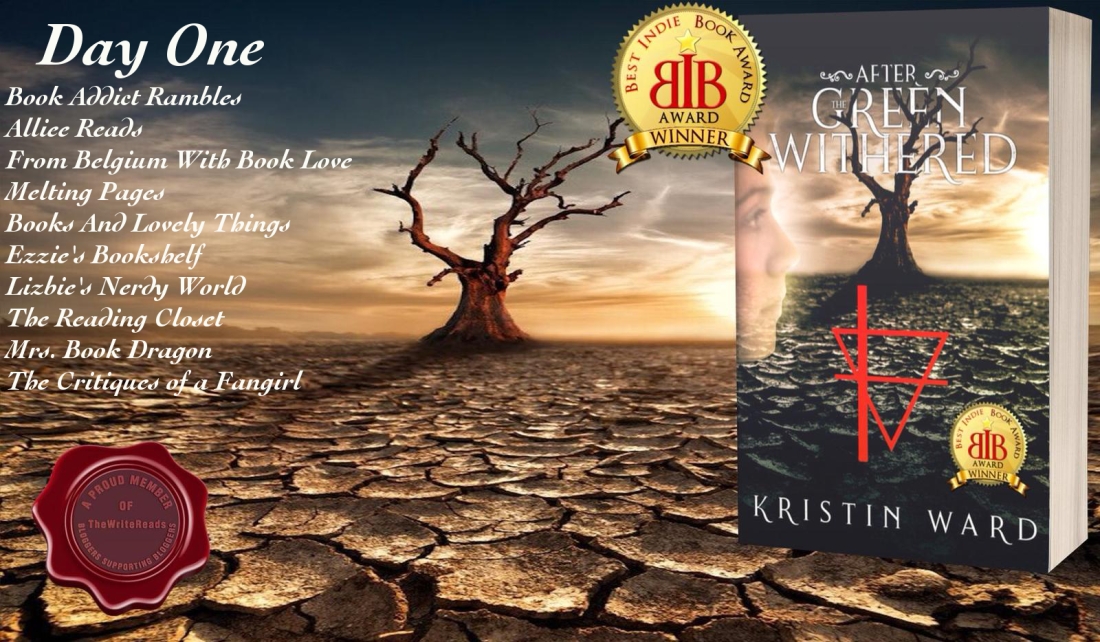 Kristin Ward has loved writing since middle school but took thirty years to do something serious about it. The result is her Best Indie Book Award-winning novel, After the Green Withered, followed by the sequel, Burden of Truth. She lives in a small town in Connecticut with her husband, three sons, and many furry and feathered friends. A SciFi geek to the core, she is fueled by dark chocolate and coffee and can be heard quoting eighties movies on a regular basis.

Buy After the Green Withered

7 thoughts on “Blog Tour! After the Green Withered”