This is a tough one for me to explain. I’m by no means a religious person, but I have absolutely no problem with religion. That is, until it becomes an obsession and you get these characters that start to believe they are God or that God is telling them to do things. In normal circumstances God telling you that something is right or wrong for a religious character is perfectly okay, I start to have a problem with it when a character uses their religion to justify their horrible treatment of others or things like that. That’s why I have such a hard time reading Vicious because this element is included in there and I just don’t like it very much.

The first example that comes to me is Thomas from Fawkes, which I DNFed because the protagonist was so freaking whiney, especially in the audiobook the way he was narrated made him sound like a child. In this situation, adults would call Thomas “boy”, because he IS still a boy but every. single. time. they called him “boy” he would go off on a tangent about how “he’s not a boy, he’s a man and no one respects him”. Well clearly not with that attitude you aren’t a man! (I realize that in this example that’s probably what the author was getting at, it was just way too overblown). Things like this just irritate me when a character is just super whiney about things all the time and never shut up about it. 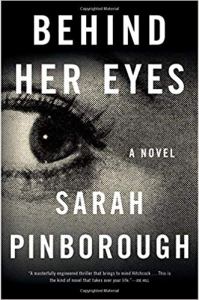 Imagine this – our characters are in a life or death situation and are about 3 seconds from actually dying, then suddenly something magical happens that was never introduced before as a valid magic in the world, and all is well! It sounds dumb, and it is. I’m about to give major spoilers for Behind Her Eyes, so if you don’t want to spoil your self please move on to the next section! This magical element was used in Behind Her Eyes as the plot twist at the very end of the story and it just DID NOT work for me. It was just too convenient and magic doesn’t exist anywhere else within this book, and suddenly you’re telling me that this one character has figured out how to transfer her consciousness into someone else’s body? That’s just lazy.

I hate hate HATE when a situation could be easily resolved if two characters would just speak to each other about it! Whether it’s romantic or just something important that if the characters knew the whole story their actions would’ve been different, I just despise poor communication between characters, especially on something important!

I don’t think anyone likes when women are included as characters just to further the plot of the story or provide the men a reason to fight or whatever, but I really don’t like it. I’m so happy that a lot of fantasy these days has strong women who are included in the story because they actually have something to contribute rather than just being there to look pretty.

This one is pretty self explanatory, but I don’t like when characters don’t realize that they’re the prettiest person in the room, or constantly talks about how ugly they think they are. I realize that not everyone loves their body and their looks, but you can always find at least one thing that you love about yourself. 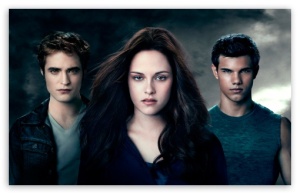 This is another one that if done right can be one of my favorite things, but I HATE when a girl strings both guys along and even though it’s clear that she’s going to end up with one over the other, she continues to bring the second guy into the picture. For example, I hate the love triangle in Twilight because Bella just goes to Jacob whenever it’s convenient for her or when Edward isn’t available. I hate it so much! (Also I can’t believe that there is now a photo of Twilight on my blog.)

Don’t get me wrong, I do love when characters travel from place to place but I hate when there isn’t any action going on, just we woke up and traveled some more then went to sleep and it was uneventful. It’s so boring and I tend to skip sections like that if there isn’t anything happening!

A Breath They Didn’t Know They Were Holding

Need I say more? Every time I see this line my eyes roll so far back into my head I can see my brain.

I LOVE diversity in books, but I HATE when it’s clear that an author just added in a diverse character to say that their books are diverse. Luckily, authors are including more and more true diversity recently so I feel like this is becoming less of an issue for me, but there are still books out there that have this element and it just rubs me the wrong way, especially when it’s extremely noticeable. Unfortunately, one of my favorite series has this in it which does lessen my enjoyment of the series, but I first read it quite a while ago and I’m sad to say that back then I didn’t really pay as much attention to diversity as I do now. So good for current me, shame on past me.

What are some of the things that you don’t like in books? Keep in mind, a lot of mine are relating to fantasy as that’s my main genre!